We were asked by a garage to take a look at this C Class EIS problem. The key is not accepted in the EIS and therefore not unlocking the ESL.

Using Xentry, we forced KL15 and had a look at some live data. They key was not being recognised and there was no keys stored in the EIS.

On disassembley of the key we found a glass resistor floating about in the case. Reverse engineering the circuit, it was found that the MCU was not getting any power as the resistor formed part of the supply circuit for the MCU.

We soldered the resistor back in place, inserted the key back into the EIS, and looking at live data the key was recognised as being in the EIS now, but no start due to key not being stored.

We tried to add the existing key with Xentry, but process always failed.

On removal of the EIS PCB, we decided to dump the flash memory of the EIS. This data was found to be corrupt, looking at some historic fault codes on the car, probably due to an undervoltage condition.

We then flashed the EIS with a virgin dump we have on our server, then verified a sucessful write by comparing checksums.

EIS was put back in the vehicle and using Xentry Initial Adaptations, we programmed it to the vehicle.

All in all, not an easy job. 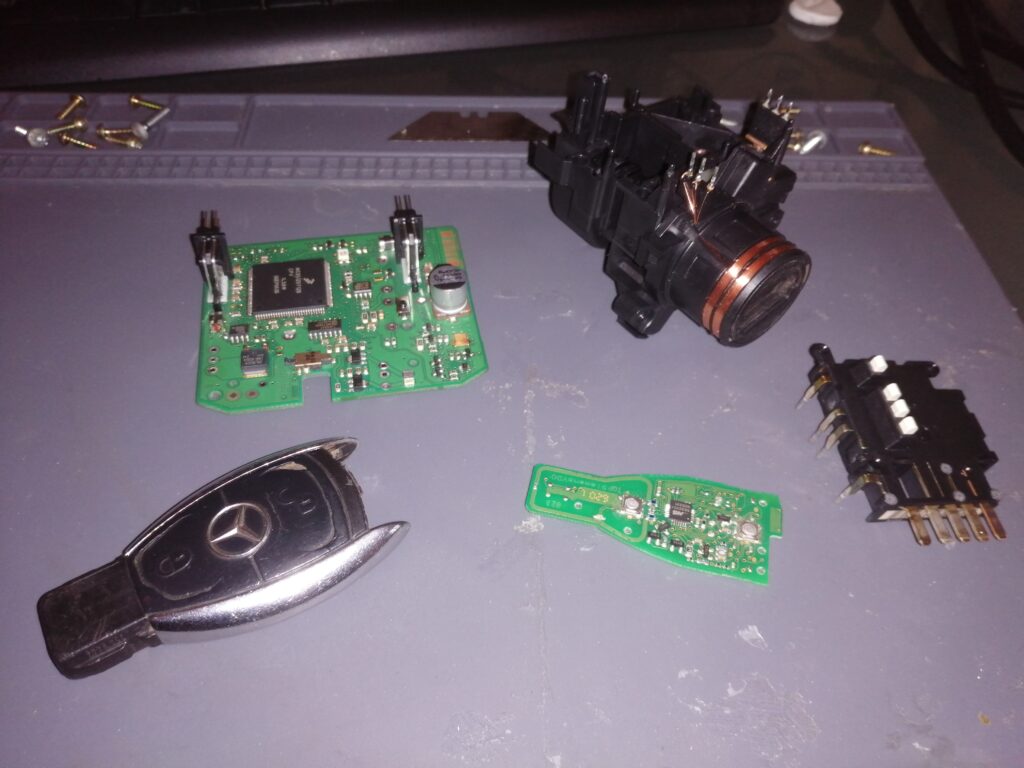 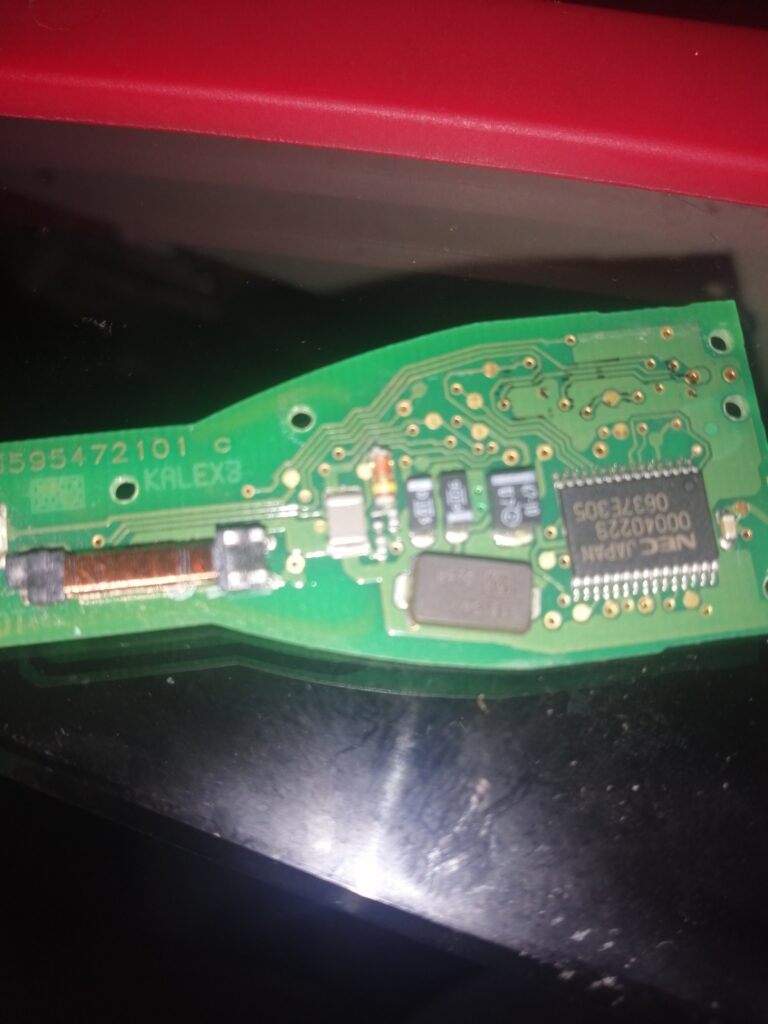 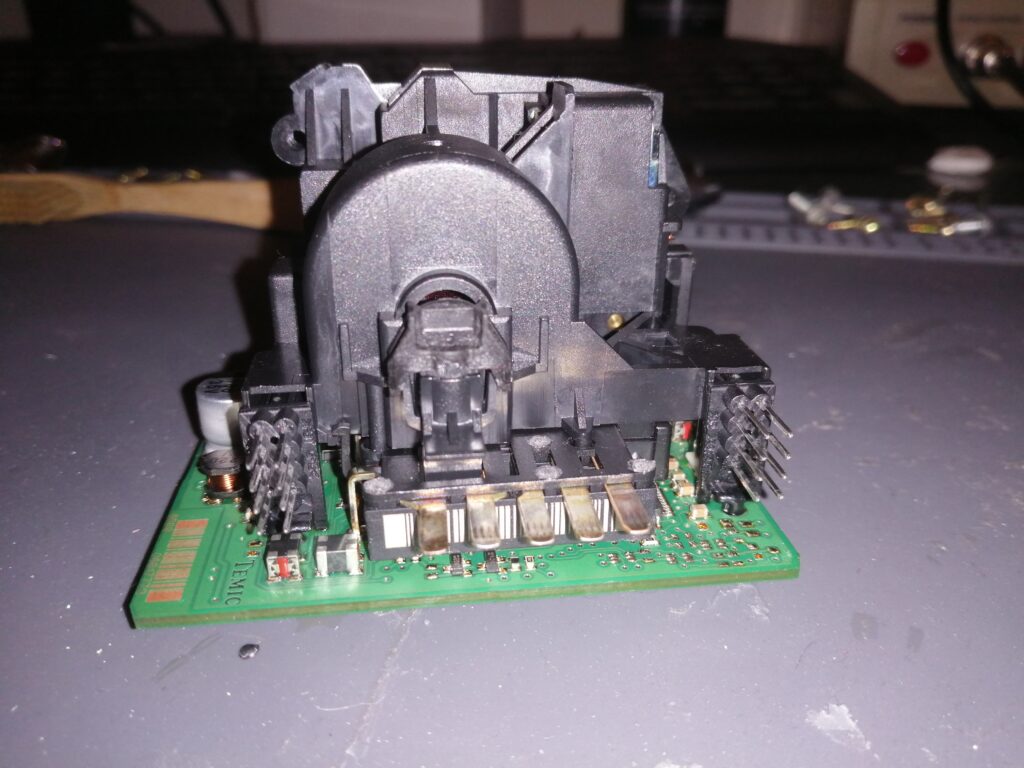 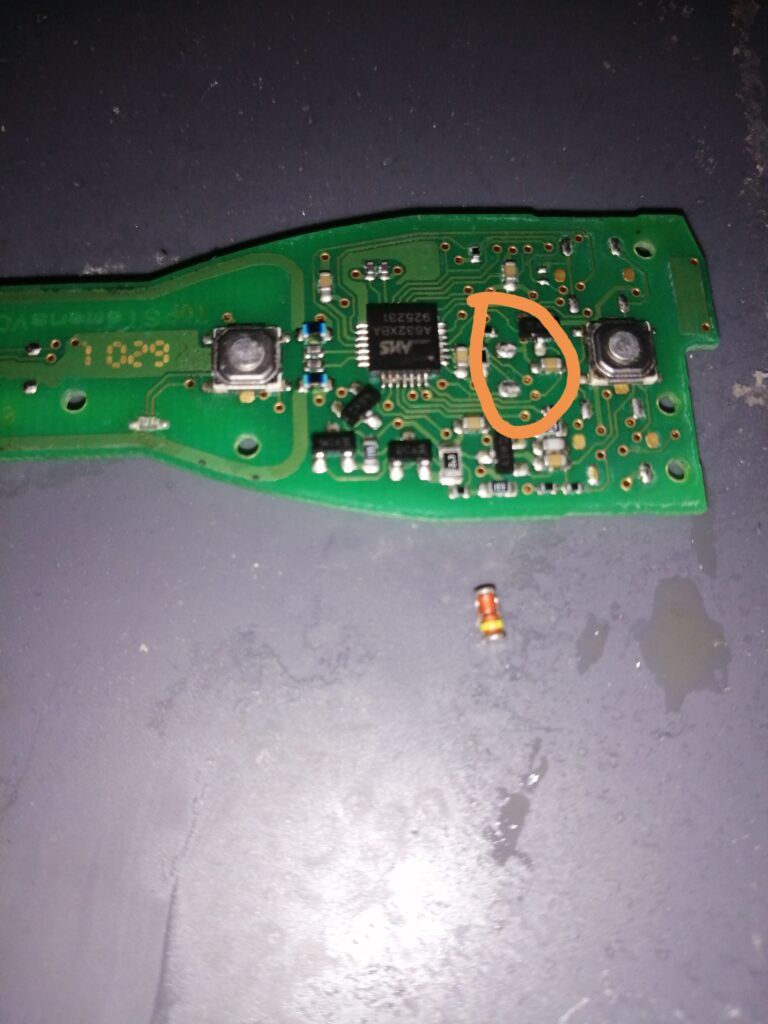